This committee has collaborated and developed a list of required and desirable qualification for serving on this committee.

The current Regional Advocate Committee elected at the 18th NCAR Conference in Dallas along with their qualifications can be found here.

The next Regional Advocate Committee will be elected at the 19th North & Central American Regional Conference to be held in Philadelphia, hosted by Ikebana International Philadelphia Chapter #71 from April 30-May 4, 2023.

Delegates at the 19th NCARC Business Meeting in each specific area (East, South, West, Midwest, At Large and Communications) will vote on their respective Regional Advocate. Example: Applications of those interested to serve from the East Region will be voted upon by delegates from the East Region only. Applications for the Communications Chair will be voted upon by all delegates present regardless of region/area.

The Candidate receiving a majority of the votes from their area will be elected to serve.

This link takes you to all the videos – you will need a password. If for some reason the button below does not work, go to https://www.ikebanaiwaya.org/#/ and follow the menu options to get to Video-Play 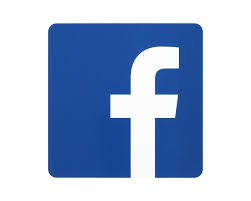